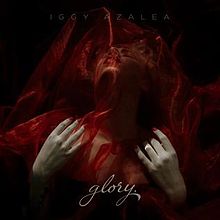 Glory is the debut extended play (EP) by Australian hip hop recording artist Iggy Azalea, released on 30 July 2012, by Grand Hustle Records. The EP serves as her first project with T.I.’s label since the announcement of her signing back in March 2012. The EP features guest appearances from T.I., who also serves as the project’s executive producer, along with fellow rappers B.o.B and Pusha T, as well as singer-songwriter Mike Posner. The EP’s production was handled by Bei Maejor, Lil’ C, Mike Posner and more.

The free-download EP premiered exclusively on online mixtape distribution platform DatPiff and has since then been downloaded over 100,000 times on the website earning a Gold certification status. It was also featured on their annual Top Mixtapes list of 2012.